Bedtime & Time to Get Up - Stephen Dunstone 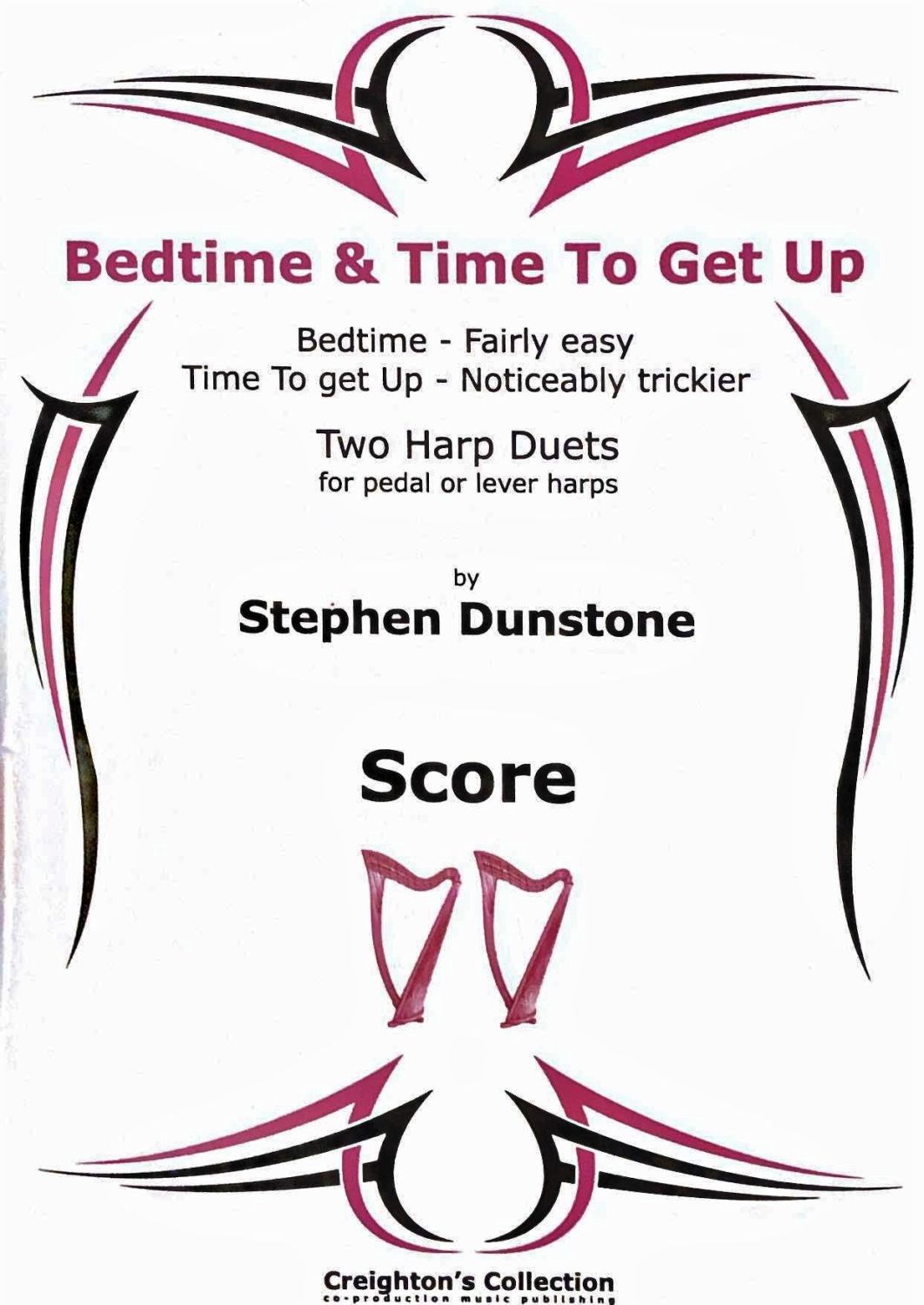 Supplied as a score and set of 2 parts

Bedtime started out as a simple (but easy-on-the-ear) exercise for replacing the second finger while keeping relaxed wrists, and consisted of just the first 8 bars. For Harpo Four I extended it, and then, while working on it with a pupil, I realised that the ideal format was as a slightly longer duet. I’ve found it immensely satisfying to play with pupils (or as a performance piece in its own right).

It really does seem to conjure up the feeling of a child’s bedtime: there’s a pervading feeling of contented drowsiness, but those melodies that appear in verses 2, 3 and 4 feel like those moments when the child perks up and remembers that there’s something he’s forgotten to tell you, before starting to snuggle down again - only to remember something else...

Both harp parts in Bedtime share out the melodies between them, so there’s variety for the players, but the score is intentionally printed quite large, so if, for example, you were including an extra player who was just going to play the melodies, it would be easy to do, reading the score and switching from Harp A to Harp B and back again.

I couldn’t help feeling that it would good to have a companion piece in the book, and it seemed logical to have a lively contrasting piece from the opposite end of the day - hence Time To Get Up.

The structure of Time To Get Up is almost identical to that of Bedtime, and the parts swap back and forth between harmony and melody in the same way too. Time To Get Up is more difficult than Bedtime, obviously, simply because it’s a lot faster, but it falls under the fingers relatively easily.

When playing single melodic lines I always like to keep both hands in play, partly because it feels good to do so, partly because it often makes it much easier, and partly because it can look a bit naff to have your left hand dangling unused. For both pieces I’ve made suggestions for which hands to use (tails up for RH and tails down for LH, where applicable), but feel free to do it differently!