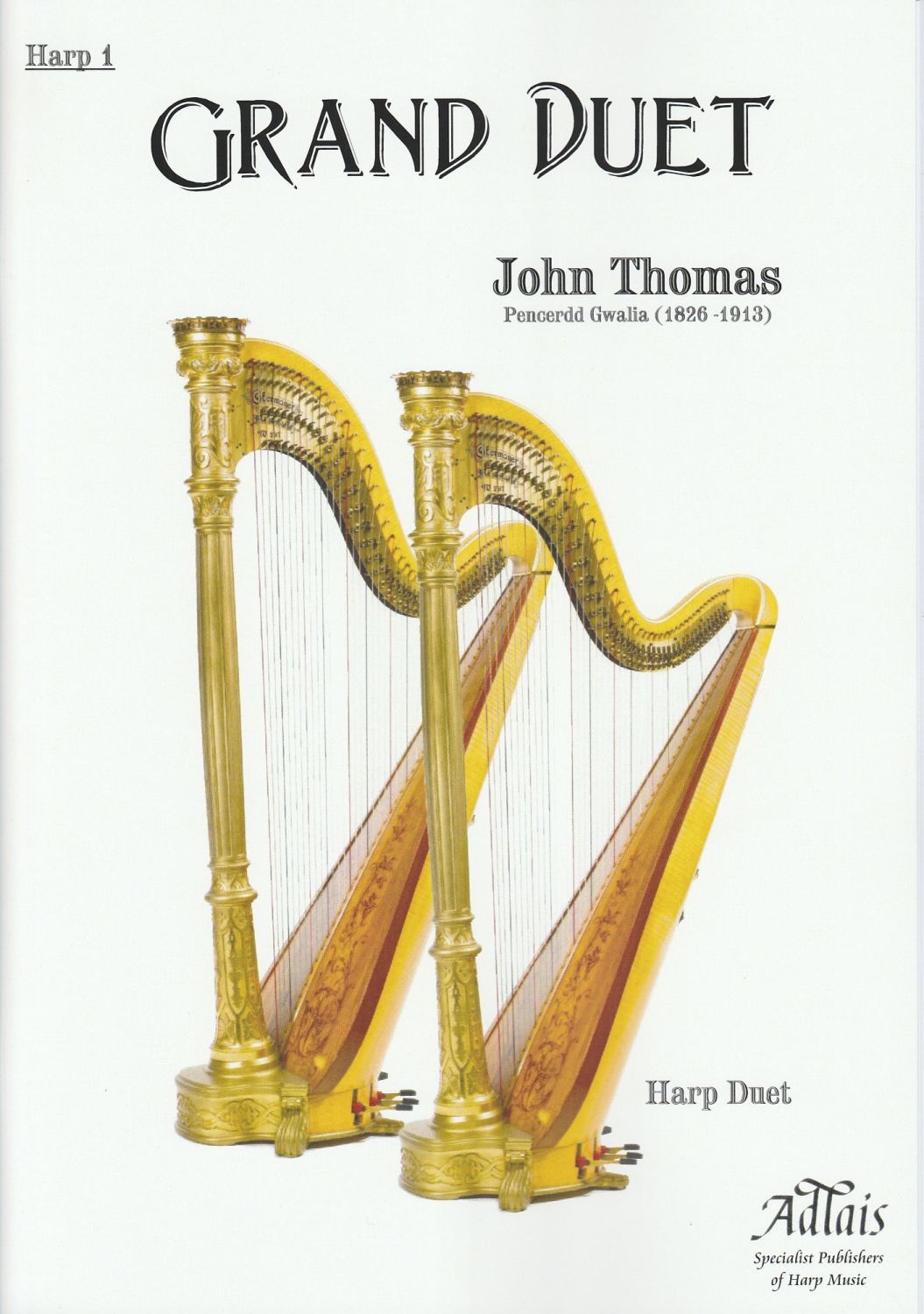 The Grand Duet, written in 1865 is dedicated to a Welsh-born patroness. “Mrs. Lucy of Charlecote Park” was born Mary Elizabeth Williams at Bodelwyddan Castle, St. Asaph, and both she and her sister “Miggy” (later to become Lady Willoughby de Broke) were talented harpists.

John Thomas composed duos, both for two harps and for harp and piano, throughout his life. For the most part, these compositions were operatic fantasias and duos based on familiar Welsh folk melodies. The Grand Duet is an exception, as whereas the others are concert arrangements, this one duet is an original composition.

Supplied as harp part one and two